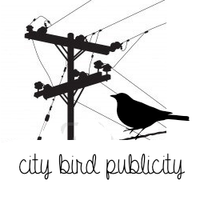 Amie Penwell music is Alternative Rock, with enough soul to dip it's foot into R&B, joining the likes of Ben Harper, Ray LaMontagne, and Annie Lennox.

“Beast and beauty ride in tandem.”
(lyric from the song “Window”)

I believe all of us are trying to better navigate and understand our roles, plights, masks, defenses, and reactions to a world in an increasingly, desperate need to experience more of ourselves in these confines, real or imagined. Giving voice to our own truths, our realities, our power, our fear of that power, and the paradox of the need to admit powerlessness before true change proceeds.

I’ve spent the last few years working on a collection of songs that came out of conversations I had, and experiences I’ve shared, with women of diverse ethnic, economic and religious backgrounds.

With the help of my collaborators, that collection has become my new record, Windows. It’s an intimate, firsthand look into the lives of nine women on nine different journeys. Each song is a portrait of individual and collective exploration through acceptance, power, will, humility, denial, willingness, faith, surrender, and freedom.

My main objective as an artist is to focus on what the moment has to teach me, to extract truth, the lesson from the beastly, the beautiful, and every ordinary passing in between. My experience has made clear to me that the more honest I am with myself, the more connected I can be with others. I believe there is no work worth sharing that won't at least try to be of service to another.

With this in mind, when I began working on Windows, the songs were in charge the whole way through. They arrived one by one like premonitions pushing and pulling against each other.

The first one pulled me out on a rainy night to catch Maia Sharp (Bonnie Raitt, Dixie Chicks, Art Garfunkel) live at a show in Berkeley CA. As soon as I heard Maia sing her song Underneath, I knew I wanted to write with her.

I worked up the courage to send my song “Dogfight On The Moon”  This led to my sending the first iPhone recording of “Window”  about a successful executive woman in the middle of a meeting for a  moment baring witness to the stark contrast of reality right outside the window.

Maia sent along a verse, chorus and melody for a title she’d been kicking around. It was "Noticing Place.” a song about a middle-aged woman realizing what she is allowing herself to become. I sent back “This Ain’t Happening To You,” an alt-country song about a woman in her late 30’s diagnosed with MS expressing how angry she is at everyone telling her what to do and how to feel when all she wants is to be pissed off.

Lastly, we wrote “Angels In The Sand” about an older woman who has reached a place of seeing the spectrum of her experiences both joyful and at times horrific and how they have made up the mosaic of her life. It felt like an effortless songwriting tennis match—or like having a new pen pal. The remaining songs I wrote alone.

I later re-recorded my song “Mercy” about a young woman who has had faith but lost it, with producer Adam Rossi for Notes4Hope, a breast cancer benefit compilation and decided to add it to the record. Finishing up one of the tracks “Unstoppable” with my long-time collaborator, Drew Pearce, and engineer, producer and multi-instrumentalist, Gawain Matthews (guitar, organ, bass) about a woman willing to stand in her full unedited strength, calling on other women to unite in mutual respect, to stand together in the face of everything. The song immediately caught the ear of Director Windy Borman, making it the credit song for her film Mary Janes The Women Of Weed. I ended with Jim Greer (Foster The People) to do the mixing and mastering.

I was raised in Massachusetts by an Irish/Italian family the youngest of four siblings, all avid music lovers. My upbringing was full of cult style religion, poverty, love alcoholism, mental illness, and daily soap operas. From the five stereos my saviors blasting The Police, U2, Van Halen, Rush, Journey, Prince, Pavarotti, Kris Kristofferson, and Fleetwood Mac, among many others. My core influences are Peter Gabriel, Radiohead, and Prince.

My underground hit single, “Mercy,” was featured in the award-winning 2012 documentary, The Eyes of Thailand, which was narrated by Ashley Judd. In 2013, my EP Under City Lights was featured on Season 2 of Web series “Bloomers” and The Ask BonBon Show. In 2015, I was a semi-finalist in the  International Songwriting Contest (ISC) in the Adult Album Alternative category for my song “Dogfight On The Moon”. In 2016, my song “Somewhere The Sky Is Blue” with Grammy Award-winning Producer Ricky Kej, in the Dominica Scorsese film Almost Paris, my song Unstoppable made it into the Mary Janes The Women of Weed as it's credits song.

I am currently writing and recording a new record with Multi instrumentalist and Producer Vicente Rodriguez (Chuck Prophet).

“Amie Penwell is breaking into the scene with her newest single to hit the streets, "Unstoppable." As we steadily head into Election season, so does Penwell with her take on politics in the modern world. She carries a powerful message that will not only stop you dead in your tracks, but will leave you thinking as well. This is only the beginning of great things to come from the artist, and we're on board.”

“Amie Penwell Releases Prominent Album, "Windows" From start to finish the release is golden, and proves to be one of a kind in the current musical market.”

“With two singles from the album in tow, "Window," and "Unstoppable," respectively, Penwell has been turning heads with her gorgeous and skillfully crafted pieces As the record dives further into her musical ambitions, Penwell brings elements of Rock, with dashes of R&B and Soul on the side; providing a well-rounded release. Messages are placed within every song as Penwell breaks free and holds nothing back. The lyrics come from an honest place that pulls at the heartstrings”